Happy return of Meet An Indie Author Monday! It’s been a while since I was able to interview a new author. I’ve been working on my own manuscript and it reaffirmed for me that indie authors need community. With that in mind I’m am so excited to showcase Laura Mae.

My current book that just released is called Sparrows. It’s the sequel to my debut fantasy fiction novel Fliers. The series is about fairies, flying people and a corrupted government who stops at nothing to harness the ability of Fliers (the people who fly.) There is a rebellion group mentioned early on in the first book called Sparrows and the second book is basically diving more into that and eradicating the rest of the camps where the government has held Fliers captive for decades. I am working on my third one, but I have yet to reveal the title for it. 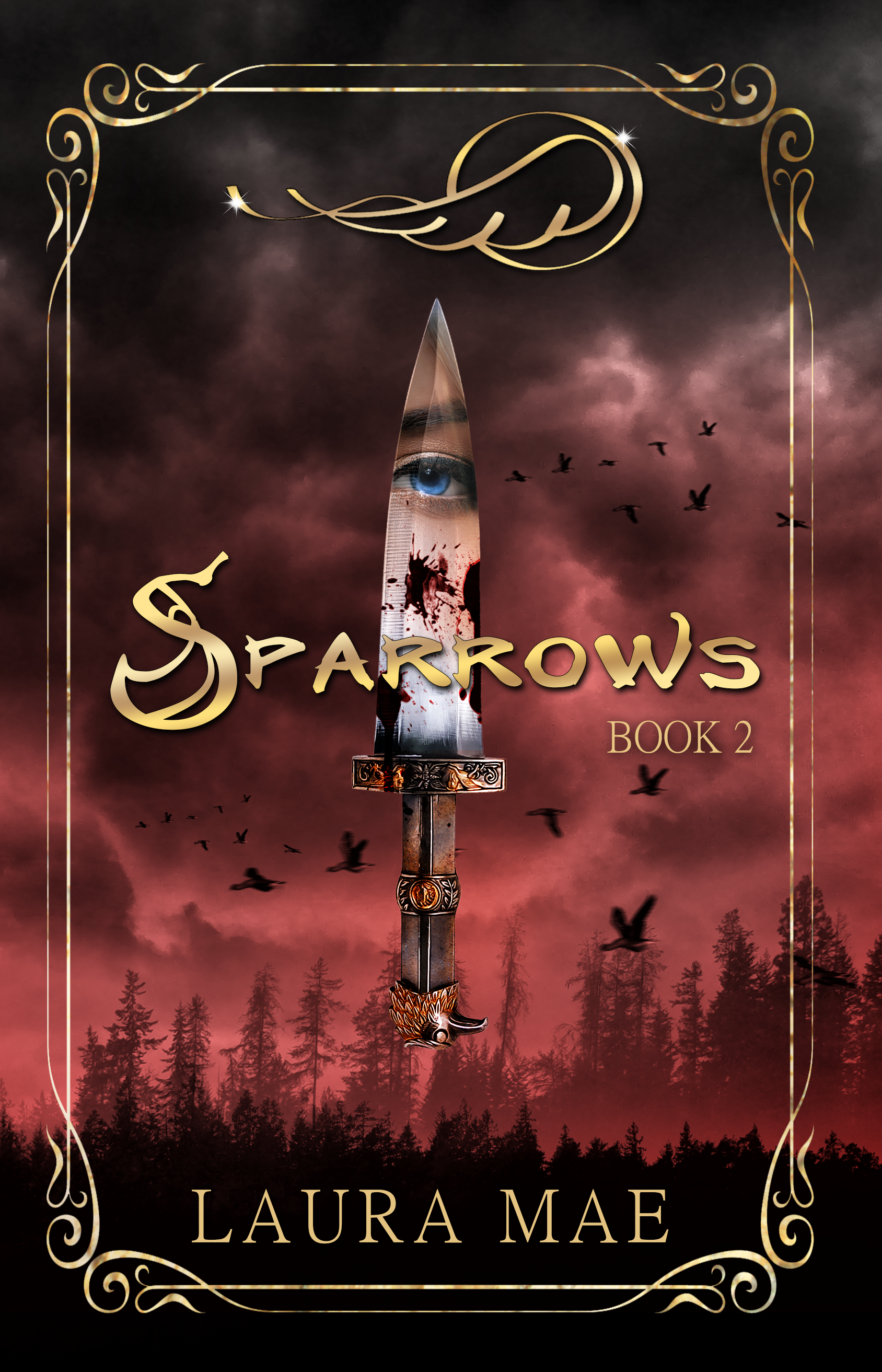 I actually haven’t had any new ideas for a new book. I am pretty focused on the series I’m on right now. Of course I’ve had ideas, especially involving mermaids (my next project once Fliers is done) but no concrete story or plots that come to mind yet.

I have never thought of this before! There are so many words that work beautifully together, it’s hard to pick just one. Although, I like the word abbreviation because of it’s irony. Does that count? Haha!

It’s honestly whenever the moment strikes. However, lately, it’s been while I’ve been working (shhh). I don’t have a preferred time I guess. I just write when I want to write.

The first thing I do is pick a culturally appropriate name. I really like writing fantasy in that I get to have fun with names, but I still want to stick with something that would make sense for that person or race. Sometimes they come right to me, and if I don’t like it later I might change it. But when I want that character to stick around, I’ll go onto baby naming websites. They are really helpful with the meaning of names too, and I do look at that. But as I said, in fantasy, I can change things around, so I’ll make it a bit more unique in that aspect.

The best way I have found is to announce to other writers what you did and the response is better than anything I could hope for! I’m fairly active on Twitter in the writing community and they are the people I love to talk with and celebrate even the smallest of accomplishments.

I’ve never been a great self-starter. It’s why I don’t like online classes or work from home. BUT for some reason, I think it’s the fact that I’ve written something that came straight from my head and I have a need to get it out in the world. It’s almost a no-brainer and I just want people to read my work. I want them to love it like I do and to even be inspired by it. It’s a feeling like no other.

Oh my goodness! I think many of you would agree that I would have to have J.K Rowling read my stuff. She may write more children’s literature, but with her expertise and knowledge in the writing and publishing world would be incredible. Even if she hated it, I would still feel so honored to have her honest feedback. She knows what she’s doing!

I’m not really sure! I’ve had tons over the years, even some I threw out and I wish I hadn’t. But right now it’s probably around 15 or so. I want to buy more, cause some I see are sooo pretty, but in reality, I would probably never write in it! Computers have spoiled me. My hand would cramp up so fast!

I love this question! I’m a big fan of mother nature and I love taking pictures of sunsets and of flowers that I see. I’m lucky to work at a place that has dozens of flowers everywhere and it fills me with such joy to see the colors and healthy looking plants.

TWITTER. I’m really happy I discovered it because I have found and connected with so many people, but man does it hinder progression. I’m trying to get better about not having my phone around when I’m serious about getting a lot done. And not having it as an open tab on my computer. Social media is such a blessing and a curse.

Absolutely!! Heather Blair, B. L. Moore, Sarah Bailey, S. R. Severn, Corry Rue, Katie Hagaman, Sean McMahon, Paul Blake, Lisa Caskey, Sam Hendricks and so many more!! I wish I could name them all. But these folks in particular are not only amazing writers but fantastic and support human beings who really care.