An unruly mage from the past has returned to test the limits of Inez’s magic and terrorize Canto.

Magic has become a liability for mage-in-training Inez Garza. Now that she’s accepted Zavier’s proposal of marriage, the scrutiny she once avoided as a smuggler has become nearly unavoidable as his future queen. Any missteps with her magic risks exposing her at the highest levels of Canto and especially to her intended, who still doesn’t know she harbors inherent magic.

Control over her Powers is essential, and her only hope is accepting help from one tutor who doubts her abilities, another who covets them and her mother, who doesn’t trust either of the two.

Differences will have to be set aside when it appears a figure from the past only whispered about in stories returns and threatens all of Canto with his dark magic. Challenging a seasoned magic-wielder with her erratic Powers is just the kind of thing that could attract royal attention, or get Inez killed. She will have to uncover closely held secrets and take help from unlikely quarters in order to keep everyone safe. But even magic has its limits…

…when you walk a rebel’s path.

A preview of A Rebel’s Path coming soon!

Other Books by I.L Cruz 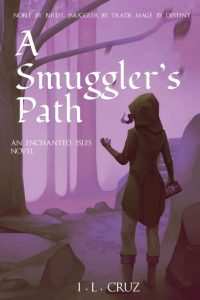 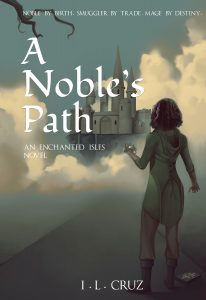